One of the misguided understandings people have, especially those who are learning about law of attraction, is that – “exhilaration is the highest vibration to achieve “, and that the more exhilarated they stay the quicker the manifestation. In truth, exhilaration is simply a state of transition when you are moving from a low vibration to a stable vibration – it’s a transitory state.

You feel exhilarated when you have been on a low and are moving towards a state of relief, this transition is experienced in the body as that “blissed out” feeling. So in truth there is no such thing as a “high state”, there is only a state of relief (which is akin to wholeness), and what you define as a high state is a temporary transitory feeling as you move from a low vibration to the vibration of relief. The stable state is always ordinary and feels more like wholeness than exhilaration.

Also, a lot of people have this delusion that once they reach their desired reality they will be exhilarated all the time, which is not only an unreasonable thought to have but it also disconnects you from the reality of physical life where excited states (or high states) are not permanent.

The more time the body spends in a high state that more time it requires on the low state to compensate for it (that’s why over-excitement is always followed by some depression). The steady state for the body is one of wholeness, which actually is a state simplicity or ordinariness, it’s not a dull state, it’s just a state free of extremes (over-excitement or depression).

When you reach a point where your desires don’t over-excite you but just feel “whole” or ordinary, you are far less resistant to their manifestation.

Visualizing the ordinariness of your desire

A lot of people focus on pumping up their excitement levels, which they equate with a high vibration, and try to visualize their desires in this state of excitement.

The truth is that “reality” is always ordinary, and it’s usually when we have some deluded, or hyped up, imagination about the future that we feel over-excited. And as long as you are not looking at your desire from the context of the ordinariness of reality, you will always have some delusion of big dealness about it – and thus you would indirectly be in resistance to its manifestation.

Of course, you can’t “pretend” that a desire feels ordinary to you (you can’t fake it), it’s basically a natural state the mind reaches, with respect to a desire, when it has seen through all the “extra-ordinariness” that it had been associating with it. In a simple sense, a mature mind (you can read the post – moving towards a mature mind) is able to see through its delusions more easily than an immature mind.

A desire becomes a fantasy when you are holding extra-ordinary imaginations about it, and projecting a lot of big-dealness to it. Reality on the other hand is far removed from the fantasies of the mind, it’s far too ordinary than what the mind imagines it to be. The hallmark of a mature mind is that it does not associate fantastic imaginations with respect to a desire and is willing to see the desired reality in the context of ordinariness.

There is a place for feeling excited and exhilarated about a desire, especially during the initial few days when it’s hatched (and it’s an enjoyable experience), but if you don’t allow yourself to see through all your excitements/delusions and thus be rooted in the ordinariness of reality, you would just end up holding onto a fantasy which removes you from being aligned with the true vibration of your desired physical reality – which directly means that you are not a match to attracting it.

Get in tune with reality

But if you allow yourself to just stay “natural”, you will see that the desire naturally starts feeling ordinary after a while and this is what allows a resistance-free manifestation of it. The state of exhilaration is only a primary/preliminary state, and it’s not meant to be “maintained” to manifest the desire.

The natural phases/transition that a mind goes through with respect to a desire are – Exhilaration (joy/love) – Doubt (fear) – Frustration (hatred) – Nonchalance (boredom). When it reaches the final phase of nonchalance, it’s least resistant to manifesting the desire and hence the manifestation starts unfolding with ease.

A lot of people either get stuck in doubt or keep trying to re-create the exhilaration (which basically creates more frustration), instead of allowing a natural transition into nonchalance where you are no longer making a big deal out of the desire – this is when you really get in tune with the ordinariness of life, and thus see your desire from the context of reality, this is the stable place from where you allow a smooth manifestation to unfold. 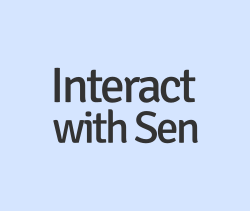